blogsubscribe to our newsletter to receive offers & updates

I accept iFindCheaters secures all personal user data. By continuing to use this site you agree to the iFindCheatersTerms & ConditionsandPrivacy Policy.

the devil in the details

Your partner is probably lying and may even becheating. This might come as a surprise, but the default setting for humans is to tell the truth, unless they are in politics. Lies take longer to tell than the truth. Why? Because the liar must override that natural response.

Story telling is an ancient practice.

When narrating an actual event, the technique and tone is casual and conversational. The speaker is just sharing information. When thepurpose is deception, to fool the listener and to persuade them about the plausible veracity of what is being said, thedeliveryis different.

There aredifferenceswhen someone is told to lie instead of having chosen to lie. Most often though when it comes to romantic relationships it is a choice. It is alsocommon for the liar to justify the deceptionas being intended to “protect” their partner from heartache. Cheaters are notorious for this play.

It is difficult to avoid deception.

On the one hand we are all seeking plausible explanations for things that happen. On the other40% of adults admit to lying daily!Most of the lies people tell are just meant to make communication easier. Sometimes though the results may have drastic consequences.

Those steps require considerable mental gymnastics. That is why lying takes longer than telling the truth.  It is interesting though that with each telling the lie is streamlined and takes less time to tell. I will never forget watching one of my older brothers rehearse his lies in front of the mirror. The same areas of our brain that are active when we lie are active when we withhold information.

When substance abuse is involved things are morecomplicated. My first relationship was with a substance abuser and often he would not remember what he had said or done. He would try to fill in the blanks, and usually succeeded in convincing himself that his constructions were true. It was terrifying.

Are you a lie detector?

The good news is that even if someone has the intention to lie, the more complex the web of deceit, the easier it is to detect. Lies are all constructions, can have many variations and are often “improved” with each telling. What follows are a few tips for detecting a liar.

By combining both types of questions intelligently, you can get a picture of what they are trying to conceal.

The most important thing to remember is that you shouldfocus on observing, not interpretingwhat your partner does and says. If you really observe without judgment any patterns will become visible.Get the factsbefore you let your imagination run wild or jump to conclusions. The more clarity you gain the sooner you will know whether your relationship is still worth investing in.

Read here to learn more about how we find cheaters:
https://ifindcheaters.com/blog/post/how-we-find-cheaters/

Read here to gain more insights to how you can detect liars: 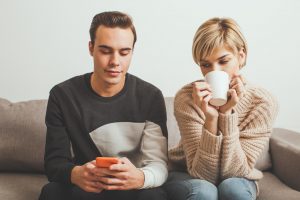